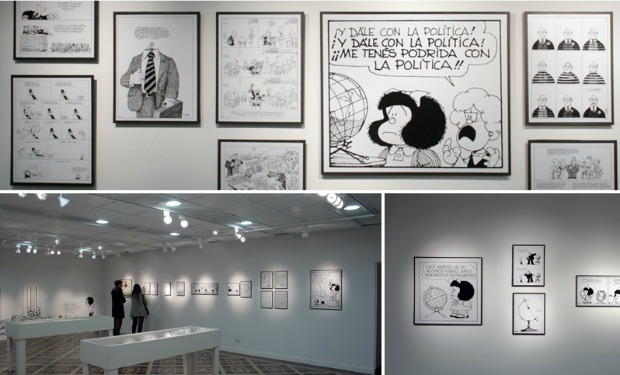 Just when we commemorate the 50 year life of Mafalda,Argentina's famous

cartoon form part of the extensive range of Santiago a Mil Festival.

The sample Quino Mafalda exposure arises as a tribute to the author,

driven by the authorities of Buenos Aires and atrerrizando this summer in Chile.

Quino reflected in his unforgettable drawings are crossed.

The proposal is to accompany Mafalda, his most iconic and

beloved character, on a tour of the production of humor of their creator.

through the little girl, "Enough", "Stop the world, I want to get off", "As always:

the urgent does not leave time for what matters" or "And

if instead of planning both were flying a little higher? ".

His work reflects creativity, review and critical and rebellious spirit.

Admission is free and the invitation is for all age groups.

The International Festival Santiago a Mil is a project created

and organized by Fundación Teatro a Mil, presented by

Minera Escondida and has the support of the

National Council for Culture and the Arts.