An Exhibition Of Nine Of Bulgarian Famous Cartoonists,2017 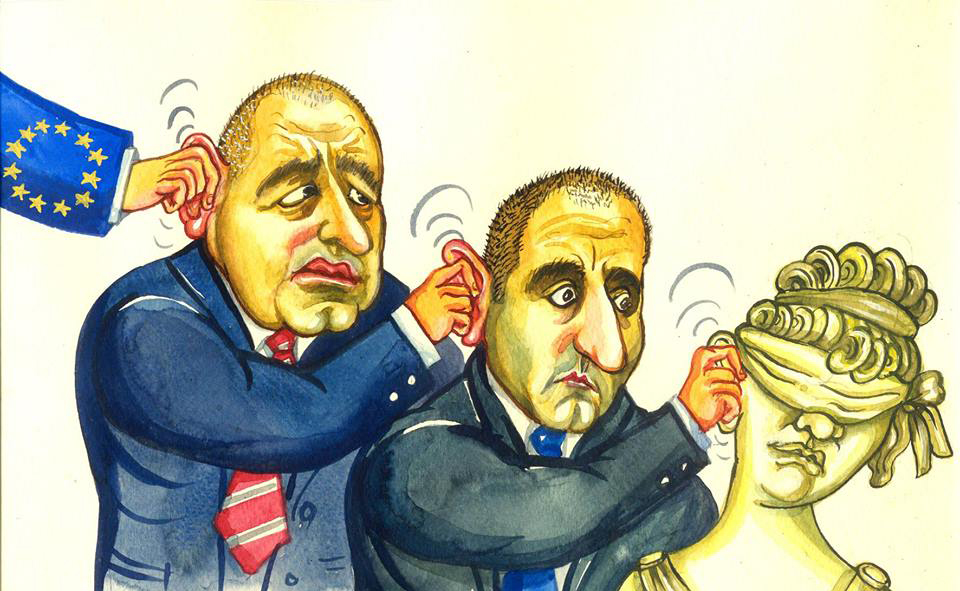 An Exhibition Of Nine Of Bulgarian Famous Cartoonists,2017
Opening:Thursday, March 2,2017 at 5:30 PM
"It's reading of the report of the European Commission, which says that besides the problems we have in justice and issues in the media. According to media reports here are to 113th place in freedom of speech, hence the name of the exhibition. "
Hristo Komarnitski
"It seems to me that as time passes in good tone in our country, it is time for someone to gasp."
Chavdar Nikolov
"Case 113" is not a trial but an exhibition of nine of our famous cartoonists themselves identify themselves as "brats." Alla and Chavdar Georgiev, Anatoly Stankulov Ivaylo Ninov Ivan Kutuzov-Kuti, Ilian Savkov Margarita Yancheva, Christo Komarnitski and Chavdar Nikolov visit to Gabrovo with its latest exhibition, focusing judicial reform in Bulgaria.
Society of clueless cartoonists (DNA) "invites all interested and affected by our judicial system" to visit the exhibition and see through the eyes of the authors actual events and characters of today.
Whither Bulgaria? Whether the law? Do crooked judge magistrates? Who protects the "blind" Themis? Who buys the media? On these and other questions meet the masters of the political cartoon in an effort to "awaken" the sleeping our society. Their works are loaded with sharp satire and merciless irony, often over into honest sarcasm. Disapproval to the actions of government, etc. political elite was reflected in a series of comic characters and symbols that not only evoke laughter, but of concern and incite reflection on the future of the country. The exhibition pursues another objective - to urge people to Buddle vigilant and demanding to assert their real civilian positions to seek and defend their rights. The idea for "Case 113" was born in the autumn of last year, just before the election it is already happening.
Simultaneously with the exhibition company of clueless cartoonists start and its official - newspaper "pig-press", whose first issue was released on March 1 this year It is a satirical newspaper that started way as bimonthly edition and has the ambition to become a weekly. It can be found cartoons, comics, photographs, collages and interesting texts of selected authors.
Gabrovo will have the privilege and pleasure to see the exhibition "Case 113" as soon Municipality. Only two weeks ago was the vernissage of the same exhibition in Sofia, which cause unprecedented interest among the hundreds of guests were properly reflected in some media and generated a wave of shares on social networks. Attendees said that the discovery was wine, tangerines and a lot of smiles, but no politicians. How it will be in Gabrovo?

2020 list of Participants of the 5. edition of the World Humor Awards/ Italy