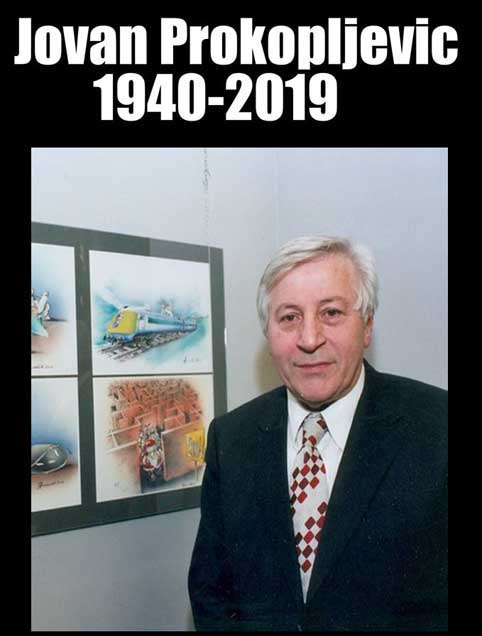 JOVAN PROKOPLJEVIC, FAMOUS CARTOONIST FROM ZEMUN, SERBIA, PASSED AWAYJovan Prokopljević (born December 30, 1940 in Zemun; nicknamed "The Great")[1] is a Serbian architect, and award-winning cartoonist and caricaturist. He has been awarded two Pierre awards and the First Prize for cartoons at international competitions in China, Montenegro, and Australia.BiographyProkopljević, , received a bachelor's degree from the University of Belgrade Faculty of Architecture (1967) and worked as an architect. His father was a chess player, and to honor his memory after his death Prokopljević attended a chess exhibition. At the time, cartoon art had been his hobby, but by 1992 he decided to become a professional cartoonist. He was hired by Politika in 1994 and contributed to the paper until 2010. With Zemun cartoonist Predrag Koraksić Corax and others, Prokopljević worked for the newspaper Jež. His work has appeared on magazine covers, such as Chess Life. He was awarded the First Prize, Best Cartoon category, by the Chess Journalists of America in 2004