Albert Uderzo passed away: ‘Asterix’ Illustrator and Writer Was 92 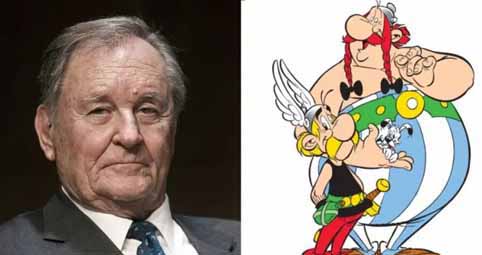 French wire AFP reported that Uderzo had a heart attack and his death was not coronavirus related.
The illustrator created the Asterix comic book series with René Goscinny after they met in 1951. Eight years later, the duo became editor (Goscinny) and artistic director (Uderzo) of the French magazine Pilote, and it was in those pages that they first introduced Asterix, the titular Gaulish warrior who battles the Romans during the era of Julius Caesar. In 1961 the series began to be released as individual albums, and in 1967 the pair decided to dedicate all of their time to it.
Goscinny died in 1977, but Uderzo opted to write and illustrate the series alone, continuing to do so until he retired in 2011.
A new team consisting of writer Jean-Yves Ferri and illustrator Didier Conrad took over in 2013 and continues to publish.
Asterix has also spawned numerous screen incarnations, including 14 films, the most recent being Asterix:
The Secret of the Magic Potion,
which grossed more than $46M globally.