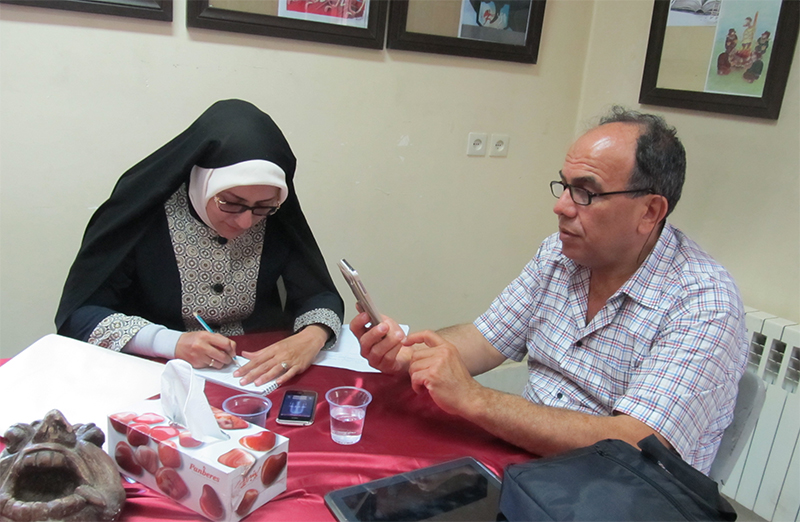 Because of his presence at 12th international Tabriz Cartoon Festival for judgment.
-Please introduce yourself.
I’m Ismail Kar and was born in 1962 in Adena –Turkey.I’ve graduated in Graphic and since 1979,I entered
the art world and after the world of cartoon.I could get numerous national and international ranking in this area and I have had the responsibility of different cartoon festivals.
-What’s your idea about judgment of cartoon contest?
Judgment is a beautiful skill provided you have all information about this art.It means a judge should
have full control over his work also,see more works and should develop his information with new
technology like internet because all things in the world have changed.
-What’s your opinion about Tabriz and its cartoon?
I’d came to Tabriz before and now I come to this beautiful city because of the invitation of Mr.Asghari
for judgment of `12th international Tabriz Cartoon Festival.Cartoon art is alive in this city and I’m happy
with my presence among this city’s artists.It’s very interesting for me that in this city the women are so
active in this art while I’ve saw in different countries or in my country –Turkey-most of the cartoonists
are men also,here most of students of cartoon are woman. 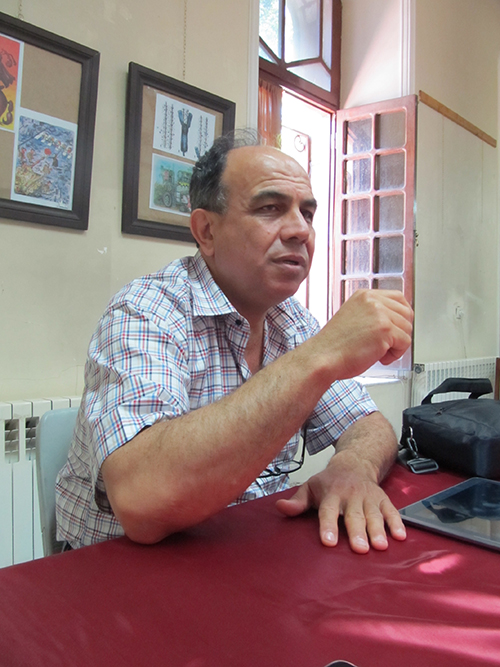 -Please tell us a memory of your trip to Tabriz.
The last time that I came to Tabriz was winter and there was a heavy snow it was 4 am the pilot said we
were probably landing in Tehran due to bad weather.I was thinking that someone was going to greet
me with a sign he will be in Tabriz airport and what would do in a unfamiliar city.I was immersed in
these thoughts that the pilot said he can land in Tabriz airport after landing when I entered to salon I
saw Rahim Baghal Asghari and he came to welcome me at that time when I saw him I was so happy and
never I wouldn’t forget it.
-Do you have published any book in this field?
Yes,I published 2 books.One is Cartoon Sanatlari and the other is the Cartoons also, I manage Kar Comic
sites  and we have many useful information in this site that the young interested can use them.
-Which places did you visit in Tabriz?
Tabriz museums-Kabod mosque and Maghbaratoshoara.This city is an old city,there are many old
building and Tabriz Cartoon Museum is an interesting  place that should be introduce more than this
to the Iranians and the world.
-Now a word with the young cartoonists?
Just say try and try.This is a key of success for each successful cartoonist.Each cartoonist should
have seriousness,effort,perseverance for success.Each person should try in this way  and use the help
of teachers. 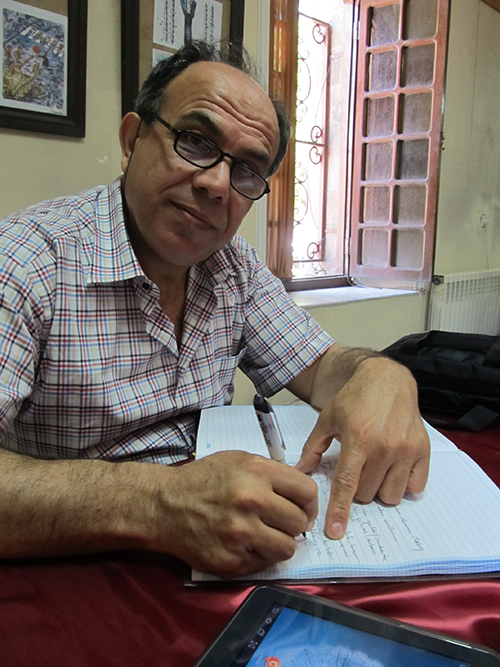 -The last word.
I’m so happy for being among Tabriz artists and appreciate for your invitation.

An Exhibition Of Ernesto Priego/Spain,2023