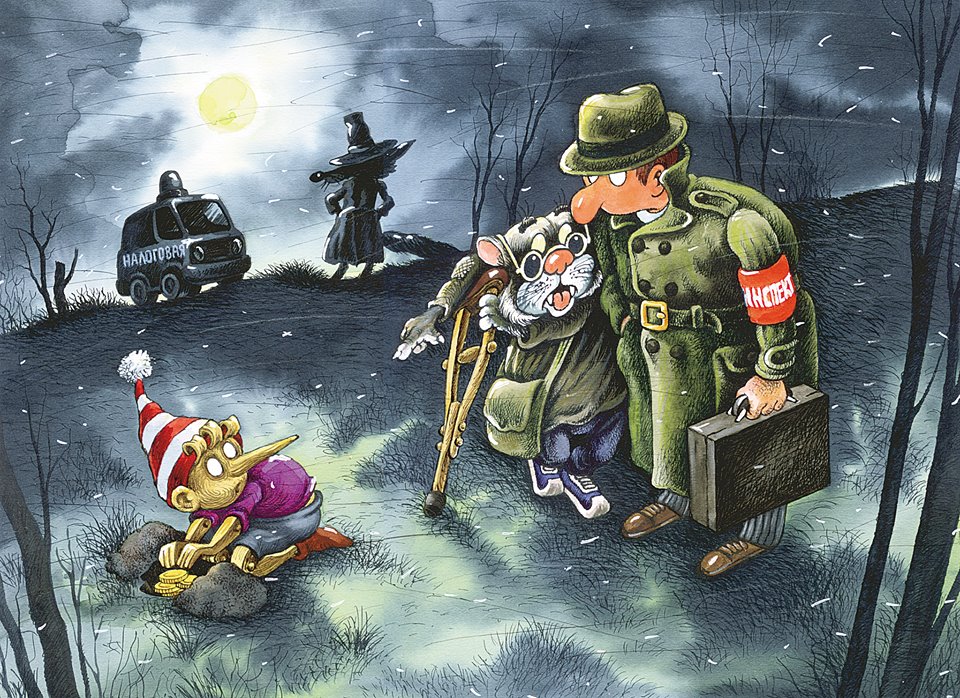 "The exhibition with the working title" The Adventures of Pinocchio in Russia "In 2015-2016Colleagues
We have the opportunity to take part in an exhibition devoted to the anniversary. But this part is, of course, entirely depends on our attitude to this possibility. Our last show in the CDA has shown that some authors do not consider any format of the exhibition, nor the place of her. A part in this exhibition more and status, at least in my opinion. Privazhu you with information received from the curator of this exhibition, a special visit to our furshetik in CDA to speak with cartoonists .:
Natalia Rebrov:
"The exhibition with the working title" The Adventures of Pinocchio in Russia "in 2015-2016, may be timed to coincide with the 190th anniversary of the birth of Carlo Collodi (1826-1890), creator of the famous fairy tale" The Adventures of Pinocchio. The history of wooden dolls ", which served as a source for further translations, literary interpretations, artistic incarnations in the work of major Russian masters of art and literature. In addition, in 2016 marks 110 years since the publication of the first translation Collodi tale in Russian in the journal "Sincere word", as well as the 80th anniversary of the first the publication in 1936 Tolstoy tale "The Golden Key, or Adventures of Pinocchio".
A variety of imaginative twists and turns of Pinocchio and Pinocchio are revealed in the works of painting and graphics of modern Moscow artists N. boiler, V. Salnikov, I. Makarevich, M. Burdzhelyana, Yu Vashenko, N. Tereshchenko O. Buharova (Ekaterinburg), in sculpture and N. Vatagin dolls, M. Kulagina, N. Velchinskoy, V. Nazariti (Tarusa), illustrated by A. Kanev, Vladimir L., A. Koshkin, and others. The exhibition can be supplemented by the literary and archival materials from the collections of the museum, as well as video shows dedicated to this topic. The exhibition is planned to publish the catalog.
Let me explain: our exhibition "binocular" - for adults and children. About the adult component - one room "of Pinocchio" as a literary parody of the silver age. The second hall - a series of "Pinocchio" Tereschenko, works by Igor Makarevich and possibly "buratinologiya" Ivan Ohlobystina. Cartoons for the exhibition, we need to look at! "
April 6 I have to show work at the State Literary Museum. I need to send the work not later than 12:00 on April 5

winners of the 5. edition of the World Humor Awards/ Italy 2020