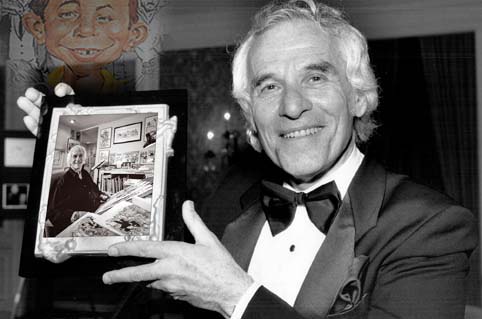 Mad Magazine illustrator Mort Drucker passed awayMad Magazine illustrator Mort Drucker passed awayMort Drucker, the Mad Magazine cartoonist who for decades lovingly spoofed politicians, celebrities and popular culture, died Thursday 8/7/2020 at 91.
Mad magazine was a cultural institution for millions of baby boomers, and Drucker was an institution at Mad. A New York City native, he joined Mad in its early days, the mid-1950s, and remained well into the 21st century.Few major events or public figures during that time escaped Drucker's satire, whether “Star Trek" and “The Godfather” or Steve Martin and Jerry Seinfeld.
In large strokes, Drucker took in every crease, crevice and bold feature.The big jaws of Kirk Douglas and Jay Leno bulged even larger, while the ears of Barack Obama looked like wings about to take flight. Being drawn by Drucker became a kind of show business right of passage, with Michael J. Fox once telling Johnny Carson that he knew he had made it when he appeared in a Drucker cartoon.